We were very glad to see that our prediction that Trump and his team had blundered in putting forward Judge Raymond Dearie as that "Special Master" that Trump's pet judge had approved. Dearie isn't taking any crap from Trump and his lawyers. It is so good to see someone sane, and not afraid of retaliation from Trump, standing up to him and demanding real answers. We also talked about the Russian war against Ukraine. Is Putin bluffing? Would he use nuclear weapons in Ukraine in order to sale his ego? If he does, what happens next? We talked about other stuff as well on this program and I'm hoping to update this page fairly soon.

The WBAI LSB met on Wednesday, September 14, 2022. The LSB voted to meet some time in October in executive session with legal counsel to address the questions/concerns about the composition of search committees and evaluation committees in Pacifica. We heard from the WBAI Directors who sit on the PNB that they and Pacifica Management are cancelling the elections that ought to have been held this year because Pacifica can't afford to pay to hold them. This has been done before, it did nor work out well. There was also talk about the financial situation of Pacifica and a report from Pacifica's CFO that five of the Pacifica units have a total of $61,500 in cash and a cumulative Accounts Payable of about $815,000 and those bills are coming due soon. It was a gloomy meeting at times, except for those who didn't understand what was being said.

Before the September 14, meeting I had put out a written Treasurer's Report for all to read.

Some years ago the WBAI LSB voted to hold its regular meetings on the second Wednesday of every month, subject to change by the LSB, so we have the following schedule: 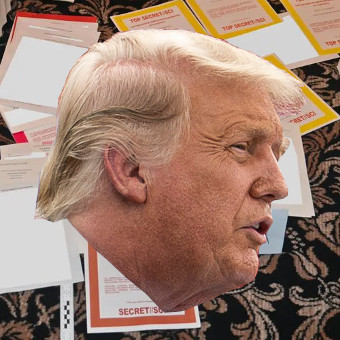 He Should Go To Prison For This!

So Trump got his pet judge Aileen Cannon to give him everything he wants. She even stopped the investigation from going forward. On the last program I said that Trump may have blundered in getting Raymond Dearie made the Special master in this case. So far it looks like that may be what's happened. Dearie is a semi-retired Federal judge and Judge Dearie has demanded that Trump's lawyers show proof that Trump while he was president had declassified the documents found at his home. Trump isn't saying that in court though. If he does it opens him to a charge of perjury. Trump did say it on a Fox News show where he claimed that all he had to do was think it and it was done. Yeah, we'll see how that contention works in court. Would even Judge Cannon go for that? Actually, she might is what some people are saying, they speculate that she's scared of Trump and his followers. She could be going along with all of his nonsense because she doesn't want to be shot by the crazier Trump supporters.

Judge Dearie has until November 30, to make his decision on what can be used by the Department of Justice to prosecute Trump. It sounds like he may not need that long.

Judge Cannon had written that, the principles of equity require the court to consider the specific context at issue, and that consideration is inherently impacted by the position formerly held meaning that she was considering Trump having been president as a factor in this case. That obviously is saying that former presidents are above the law. A lot of lawyers and judges have voiced objections to that ruling. Well, this week three judges of the U.S. Court of Appeals for the 11th Circuit said that the Department of Justice gets to keep investigating Trump's wrong-doing in keeping classified materials. This completely blows away Judge Cannon's ruing regarding this point. I was hoping that the Department of Justice would appeal her nonsense. And two of those judges were Trump appointees.

The panel said in its 29 page order that it would be difficult, if not impossible, for the government to answer critical questions without access to the classified material, and that it could not discern why Trump would have an individual interest in or need for any of the one-hundred documents with classification markings. They also said, It is self-evident that the public has a strong interest in ensuring that the storage of the classified records did not result in exceptionally grave damage to the national security. Ascertaining that necessarily involves reviewing the documents, determining who had access to them and when, and deciding which (if any) sources or methods are compromised. 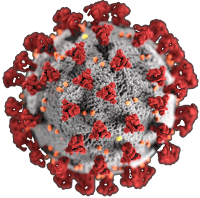 According to the Johns-Hopkins Web site COVID-19 cases in the whole world reached 614,450,348 on Friday, and global deaths reached 6,535,151. In America the number of cases as of Friday was 96,007,652 and the death toll in America was 1,053,339, so 2,832 people have died of COVID-19 in America since our last program one week ago. That amounts to about 285 fewer deaths than for the previous week, which makes it similar to the death rate of the week before that. COVID-19 is still killing hundreds of people in America every week. The pandemic is not over, even though Joe Biden said so on 60 Minutes and a lot of people are behaving as if it were. Keep your masks on. I got my flu shot this past week, but the folks at the V.A. said that they won't be giving people the new BA.4 and BA.5 booster until Monday. Oh, we almost made it.

By the time this program airs on Saturday morning all of those figures we quoted will be higher of course. This was all mostly preventable. 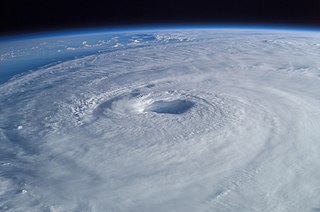 On the last program we went on about how dust from the Sahara Desert was reflecting sunlight and thereby cooling the waters of the Atlantic Ocean, which resulted in less energy in the ocean and a stalled Atlantic hurricane season. Well, apparently the dust has settled, and the ocean water is getting warmed up now, so we have a number of tropical depressions, tropical storms and hurricanes forming in the Atlantic. One of them, named Fiona, has hit Puerto Rico hard. Luckily for us in the WBAI listening area Fiona is going out to sea for a while, but it's going to hit Nova Scotia and Newfoundland in Canada pretty hard in a few days. And there are more big storms possible. The climate crisis is making these storms more powerful, how powerful they'll get in the future is anyone's guess.

One open list that no longer exists was the WBAI-specific Goodlight Web based message board. It was sometimes referred to on Back of the Book as the bleepin' blue board, owing to the blue background that was used on its Web pages. This one had many people posting anonymously and there was also an ancillary WBAI people board that was just totally out of hand.

The contents of this Web page are copyright © 2022, R. Paul Martin.